The monkeys appear as common trinkets: three small monkeys with their arms interlinked but each with its eyes, ears, or mouth covered. They will detect as alteration magic.

These three brass monkeys are activated in the same way as their brethren figurines. When activated, they spring to life and obey their owner’s mental commands so long as they are within Int inches. Thus, the monkeys will obey their owner while within 160 feet indoors or 160 yards outdoors if their owner’s intelligence score is 16.

The owner need not concentrate on the monkeys for them to continue performing their most recent order and they will do so even if he or she is out of range or dead. Each monkey’s order can simply be one of these three:

This last order is always obeyed by all three monkeys at the same time and care must be taken as it does not subsume the order to return. The monkeys can not be re-activated unless all three are together.

Each monkey is the size of a spider-monkey when activated with an AC of 0 due to their agility and unnatural composition. They have a move rate of 24“ and act as if under a haste spell for initiative purposes only.

Each monkey has 3+3HD which never heals while animated. If killed, the monkeys revert to brass and can not be called on until the full moon after next and will be fully restored to health at that point. All must be summoned together, so killing one delays all. Losing one prevents usage of the others for the same reason.

A monkey ordered to grab an opponent will try to climb up its back and grab hold of its neck (creatures which can not be backstabed by a thief can likewise not be attacked by a monkey, although it will spend time trying).

Grabbing consists of a successful attack; such attacks are at +4 (unless there is some way the target can definitely avoid such a small, fast attacker from getting behind them) but should use the open-hand/fist modifiers for armour type if applicable.

Once a target has a monkey on its back (and there can only be one), it is cursed depending on which monkey has grabbed it. The victim will be rendered unable to speak, hear, or see as the case may be. Each monkey only bestows one curse and always the same curse. 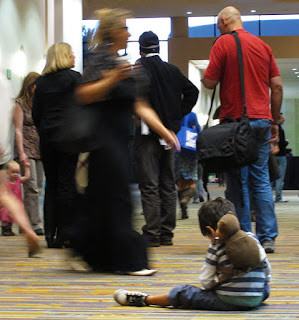 The curse lasts until the victim dies, the monkey is called off, or it is forced off. The latter option is difficult for two main reasons:

Firstly, they have a magic resistance of 25% which helps prevent magical methods from working. Remove curse will work (reverting the monkey to brass) if the caster overcomes the monkey’s MR on the first attempt; if that fails then the monkey is forever immune to that spell from that caster at that level.

The second problem is that the monkeys are very agile and strong even when holding onto the target’s neck. Any attack made with weapons must roll against AC 10. If the result is good enough to hit AC 10 but not good enough to hit AC 6 (the monkey’s AC while attached), then the damage is done to the monkey’s victim instead of the monkey, which is assumed to have twisted away in time. In addition, the monkey’s claws will do an additional 1d4 damage as it squirms about (the only time the monkey will do any physical damage). The monkeys count as monsters while activated for the purposes of charm spells and the like, assuming MR is overcome.

If reverted to figurines without being killed, the monkeys can be called upon four times per lunar month.

Finally, ownership of the monkeys goes to whoever last spoke the word to activate them.

Very few sages know more about the monkeys than normal people - which is simply proverbs about monkeys on one’s backs and refraining from evil. One specific fact that might be known to any sage even if outside their fields is that some evil cleric did create something in mockery of the “hear, see, speak no evil” originals which were just temple decorations in some far-off land.

More detail will be known to sages interested in Humankind (legends and folklore), or Supernatural & Unusual (never treated as anything better than a minor field for this). The activation word is, of course, an exacting question.