What Dave Did Next: Dungeons 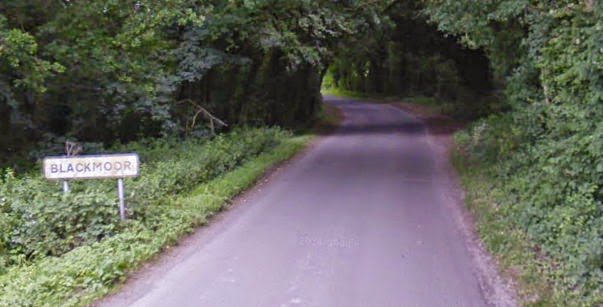 Continuing on from the last post's look at how Dave Arneson handled wilderness setup, I'm going to look at his method for dungeon generation.

I'm again working from his First Fantasy Campaign book which is really a collection of notes arranged in what can only really be called "page order" and the Blackmoor Dungeon notes are a lot less extensive than the wilderness notes, at least in the sense of telling you anything about methods used.

Levels 1-6 of the Blackmoor Dungeon are distinguished as being developed for convention games along the lines of official D&D whereas 7 downwards are "original". The first group is also called the "Wandering Monster Areas" and I presume this all means that these levels were filled by use of the guidelines in D&D Vol 3: The Underworld & Wilderness Adventures pages 6-12.

As a side note, these original D&D rules explicitly suggest that numbers of monsters encountered should be scaled to the size and ability of the party, but are non-specific about how. One third of rooms are occupied by monsters, only half of whom have any treasure; one sixth of empty rooms have treasure.

As with the wilderness, Arneson pre-prepares generating wandering monsters before play rather than at the table, and apparently divides the levels into four quadrants each with its own wandering monster encounter. These are noted for the first six levels.

The legitimacy of these first six levels as examples of Arneson's method is questionable given his note about preparing them for convention play; on the other hand, the "official D&D" method is co-credited to him.

In any case, from levels 7 down, Arneson puts forward a very rough sketch of his "magic protection points" system. "Magic" here appears to be unrelated to any part of the system; perhaps it never did, did once, or maybe it just described how good Dave thought the system was.

The method is basically to determine the level of the monster in a room (⅚ of rooms are empty on levels 1 to 2, ⅔ on levels 3 to 5, and 50% from there down—note that we've suddenly stopped talking about levels 7 to 10 only). The mapping of the monster level to the dungeon level is a little unclear—Arneson says that Lv 1 monsters appear on dungeon levels 1 and 2; Lv 3 monsters on level 3 and 4 "etc." What the hell happened to level 2 monsters? It's hard to guess, but there was a 1 in 6 chance of a "stronger" monster being allowed and maybe perhaps (I doubt it) this represented a boost to the next even level? There was also an unspecified chance of lower level monsters, which may explain the 10 goblins on the 9th level who one imagines are living on their nerves .

There is an ambiguity in the description in that it's not actually clear if the intent was to pick the monster type or roll for them too on some table (or maybe equal chances for each possible type).

Beyond this protection points system, Arneson says that various special treasures and "home bases" for monsters were drawn up and then placed within the dungeon levels at random, and within the specific level they were placed by hand based on what was already on the level, so suggesting that this was a final step.

It has to be said that the resulting deep dungeons are pretty crazy with 12 rocs in a room too small for even a single one. Even here, though, a DM can fly with the dice and maybe a bit of Time Lord technology—"You force open the door and nearly fall into the 250' drop on the other side. You stand blinking in the light of an alien sun until the hunting cry of a flock of rocs breaks the spell. Roll for surprise."

So the basic idea is intriguing from a point of view of "RRTEI" (see previous post) and I've looked at updating it for AD&D and the greatly expanded list of monsters.

I calculated challenge ratings for each monster (basically, a hit-dice equivalent that uses the count of special and extraordinary abilities—orcs are worth 1; gnolls 1¾; solars 89) and tried this procedure:

Each dungeon level can be a lair (and pretty well every dungeon should have at least one lair within it), so each monster that's generated above has a % lair rolled for it and the first one that turns up positive gets its full MM "number appearing" value, spread, if necessary, throughout the level (and maybe the next level if there's a lot of them).

Monsters who turn up in-lair naturally get their treasure type (not necessarily all in a big heap, of course) and as a final top-up, the dungeon as a whole gets a roll on the Map table on DMG p120. If the result is "false map" then there is no top-up treasure; otherwise the indicated hoard is generated and distributed around the inhabitants of the dungeon as seems reasonable, with some special items hidden within secret or trapped areas.

So far the method works okay but I've not found a way to drop classed humans into it. NPCs with character classes have quite low CRs on paper because what really makes a high level character a dangerous opponent is their magic, by and large.

Here's a quick set of ten example monster encounters generated at random this way, from dungeon level one down to ten:

Of course, each of the rooms above are just individual examples on one level; there would be many rooms on a level and the relationships between their inhabitants much closer and more dynamic than those between different levels, on average. There is scope for rivalry between inhabitants at both ends of a stairway, of course, and there's always scope for a Yojimbo-style divide-and-conquer game for a clever party.

You may have inferred one important thing about this method: do the map last. This allows you to tailor the levels to the monsters and the relationships and back-stories that you create while explaining them, as well as providing pyrohydras with enough room to fight. You can decide on the number of levels and the number of rooms, and of course "seed" it with particular locations you have ideas for, but by and large it's easier with this sort of approach to do the map afterwards. That allows you to place connections and passages that make sense in relation to the inhabitants, as well as tricks and traps which actually protect specific areas rather than just being completely random obstacles.

It also doesn't work well if you want a strong theme to a dungeon, say all giants, for a example, and it may be hard to maintain a strong plot thread, although it can be done.

If you're using my monster xp spreadsheet then you can add a CR column the same as the one I'm currently experimenting with by using the formula CR=round((HTK+SA*4+EA*8)/4.5/.25)*.25 (basically, count each special ability as a hit die, each extraordinary ability as two and round to the nearest ¼; use average hit points as the base so that daemons etc. get the high value they deserve).
Posted by Nagora at 13:40